Closing Sunday. Sept. 11th for the Season.  Thanks for a Great Summer!

The history of Laker Shakes and Burdickville Market 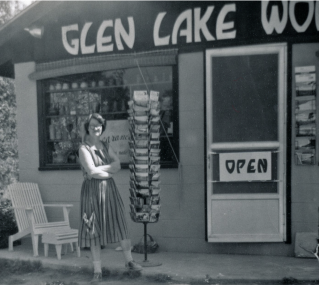 Dorothy E. Lanham was the original owner of the building and it was called The Glen Lake Workshop, we know that it was built in the late 1950’s.

Dorothy was an artist studying at the Chicago Art Institute and then worked at Rand McNally as a cartologist before moving back to Burdickville to build and open the workshop.

When the Faulman’s retired and closed the Glen Lake Trading Post in 1978, Burdickville was left without a source for ice cream cones and other necessities.

Conscious of Burdickville’s tradition as a small commercial center, Dorothy resolved to sell to someone who would retain her shop as a business. 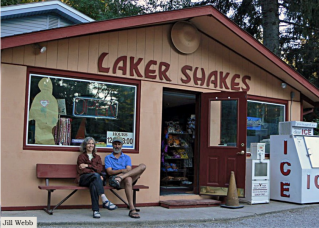 For 22 years he provided cones and shakes at prices from another decade.